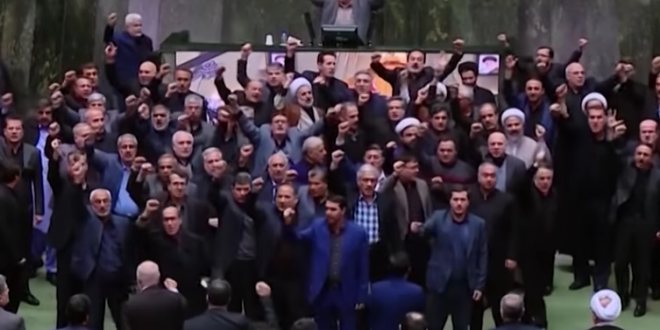 Iran’s lawmakers unanimously voted for a motion to designate the US Army and the Pentagon as terrorist organizations in response to a recent move by Washington to assassinate Iran’s revered commander, Lt. General Qassem Soleimani.

The generalities and details of the emergency motion were unanimously passed during an open session of the parliament on Tuesday morning. This motion had already been signed by 206 MPs, including members of the parliament’s presiding board and the Budget Integration Commission.

The White House and the Pentagon claimed responsibility for the assassination of General Soleimani in Iraq, saying the attack was carried out at the direction of US President Donald Trump.