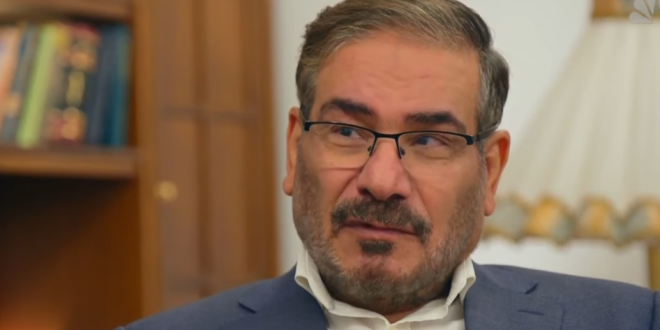 Iran is considering 13 “revenge scenarios” in retaliation for the US airstrike that killed General Qassem Soleimani in Iraq, a top official has said. Ali Shamkhani [photo], secretary of Iran’s Supreme National Security Council, vowed that even if Tehran opted for the weakest option, it will create an “historic nightmare for the Americans.”

While Shamkhani would not reveal any specific details of the plans, he said all US forces in the Middle East are being considered for strikes. “Those who crawl into shelters and close the doors hoping to escape our revenge are unaware that the Islamic Republic will open the door to hell.”

BREAKING: Iran says it is considering 13 scenarios to respond to the killing of Soleimani, and threatens a “historic nightmare” for the U.S. https://t.co/TR84npGMwU pic.twitter.com/JSfxefnQtU

Iran considering ‘13 scenarios for revenge’ against the US for killing of top general https://t.co/NenQKoxquu

Previous Christian Activist: If Trump Doesn’t Win, Progressives Will Do To Us Exactly What The Nazis Did To The Jews
Next Saudi Prince Visits Trump To Deliver Concerns On Iran