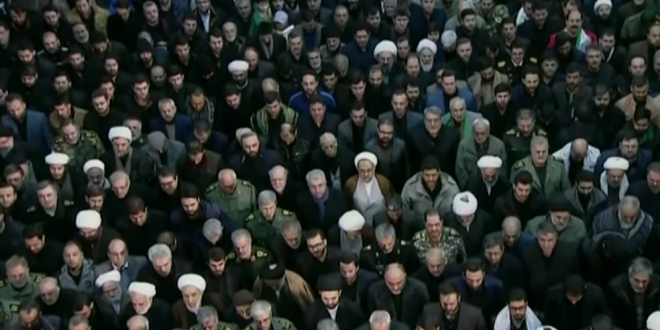 The streets of Iran’s capital Tehran flooded with millions clad in black on Monday, Iranian state television said, during a funeral ceremony for military leader Qasem Soleimani, who was killed by a U.S. drone strike.

“Have you EVER seen such a sea of humanity in your life, @realdonaldtrump?” Iran’s Foreign Minister Javad Zarif wrote on Twitter, addressing President Trump. “And do you still imagine you can break the will of this great nation & its people?”

Iran’s supreme leader, Ayatollah Ali Khamenei, who earlier wept as he presided over the funeral, tweeted in the afternoon “bidding farewell to the pure body of the Iranian nation’s hero and the international figure of Resistance. You were assassinated by the most barbaric of mankind.”