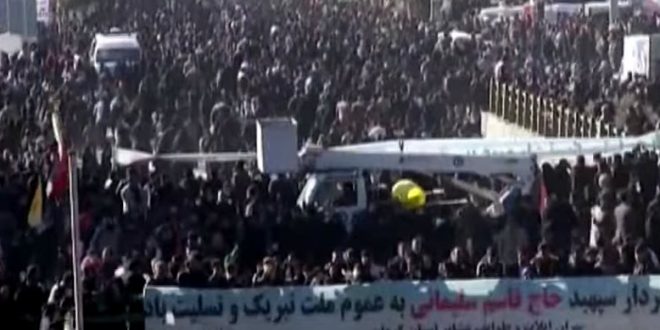 At least 32 people have been killed in a stampede that erupted in the Iranian city of Kerman at the funeral procession for a top commander killed in an air attack by the United States, Iran’s state television said.

“Unfortunately because of overcrowding 32 of our citizens lost their lives in the procession … and 190 were injured,” the head of the country’s emergency services, Pirhossein Koolivand, told the channel.

Hundreds of thousands of people had gathered in Kerman for the burial of Qassem Soleimani, the head of Iran’s elite Quds Force, who was assassinated on Friday near the international airport of Iraq’s capital, Baghdad.