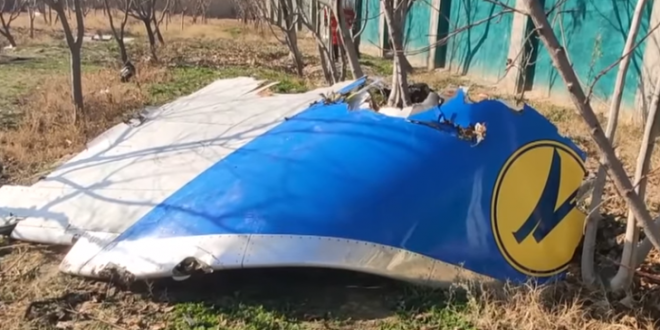 Iran has admitted that it unintentionally shot down the Ukrainian passenger plane that crashed near Tehran Wednesday, killing all 176 people on board.

The plane was mistaken for a “hostile flight” after it turned toward a “sensitive military center,” at which point the plane was “unintentionally hit” with an anti-aircraft missile, according to an official Iranian statement released early Saturday morning local time.

The crash of Ukraine International Airlines Flight 752 occurred about three hours after Iran fired multiple missiles into Iraq, targeting U.S. military sites in retaliation for the American drone strike that killed Qassem Soleimani, one of its top generals.

Ukrainian President Volodymyr Zelensky said Saturday that he expects “a full admission of guilt” and for Iran “to bring those responsible to justice.” “This morning was not good, but it brought the truth,” Zelensky said on Facebook. Ukraine has sent a team of 45 experts and search-and-rescue personnel to Tehran to help with the investigation and plans to continue to participate, officials said.

“We expect from Iran assurances of readiness for a full and open investigation, bringing the perpetrators to justice, returning the bodies of the dead, payment of compensations, official apologies through diplomatic channels,” he said. “We hope that the investigation will continue in the future without artificial delays and obstacles.” Iran’s supreme leader, Ayatollah Ali Khamenei, urged Iran’s military to also conduct a thorough inquiry.

Our profound regrets, apologies and condolences to our people, to the families of all victims, and to other affected nations.
💔

The Islamic Republic of Iran deeply regrets this disastrous mistake.

My thoughts and prayers go to all the mourning families. I offer my sincerest condolences. https://t.co/4dkePxupzm