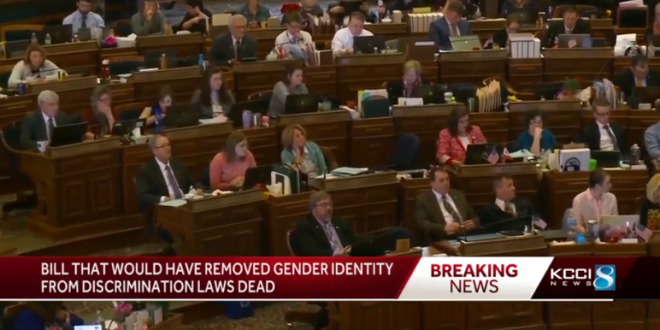 A bill proposed by a group of Republican lawmakers on Wednesday that would have amended the Iowa Civil Rights Act by removing protections against discrimination for transgender people is dead, a powerful committee chairman said.

Nine Republican House members sponsoring the bill introduced it Wednesday morning but by evening Republican Rep. Steven Holt, chairman of the House Judiciary Committee to which the bill was assigned, said he wouldn’t allow it to move forward to a subcommittee hearing.