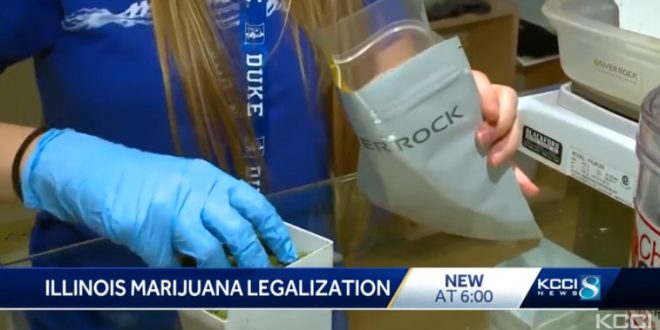 It’s a new year and, for Illinois, a new era of recreational marijuana. Weed dispensaries across the state opened their doors before sunrise Wednesday, welcoming long lines of customers — some who had been waiting since 4 a.m.

“Cheers to lighting up the start of 2020!” one dispensary, Sunnyside, wrote on its Facebook page. Under Illinois law, anyone over 21 with a valid state ID or driver’s license can purchase recreational marijuana from licensed retailers.

Illinois’ governor granted more than 11,000 pardons for low-level marijuana convictions on Tuesday, describing the step as a first wave of thousands of such expungements anticipated under the state’s new marijuana legalization law.

The expungement process is a key part of the law, which takes effect Wednesday and made Illinois the 11th state to legalize marijuana for people 21 or older.

When they crafted the policy, Illinois lawmakers said they wanted to repair some of the damage caused by law enforcement’s efforts to combat sale and use of the drug, particularly in minority communities.