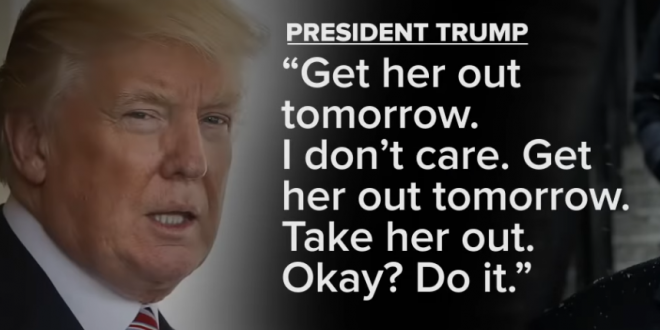 An associate of Rudy Giuliani has provided congressional investigators with a recording of President Donald Trump saying he wanted to get rid of the U.S. ambassador to Ukraine, whose removal a year later emerged as an issue in the president’s impeachment, his attorney told The Associated Press on Friday.

The recording, which was first reported by ABC News, appears to contradict the president’s statements that he did not know Parnas, a key figure in the investigation. It came to light as Democrats continue to press for witnesses and other evidence to be considered during the Senate impeachment trial.

According to Parnas’ attorney, Joseph Bondy, the recording was made by Fruman and shared with Parnas “shortly after it was recorded.” An attorney for Fruman declined to comment.

Bondy told CNN on Friday evening, hours after the tape’s existence was initially reported, that he had turned over the audio to the House Intelligence Committee. He said he had Parnas go back through his “cloud” and Parnas found the audio.