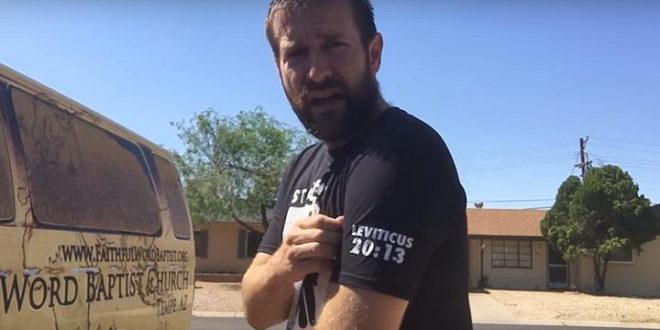 With bushfires raging through Australia as a result of the climate crisis, you knew a pastor somewhere would take the opportunity to come up with an alternative explanation for all the destruction.

Anderson blames the bushfires on the country “banning and deporting preachers of the Gospel.” We know he’s the one who got banned.

Anderson has been banned from dozens of countries, including almost all of Europe. Last June he and several other servants of Jesus staged a three-day live-stream from near Orlando to celebrate to Pulse massacre, telling local reporters that he wishes “all homos would die.” Somehow, he remains on Facebook.