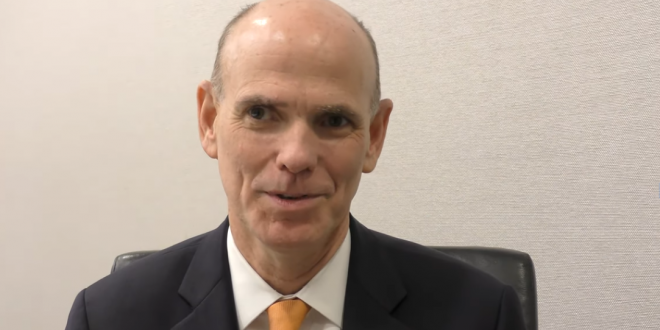 The parent company of the Hallmark Channel said Thursday that CEO Bill Abbott is stepping down. The move comes about a month after the network became embroiled in controversy after pulling commercials featuring a same-sex couple, then reversing the decision after a consumer backlash.

The statement on Wednesday from Crown Media didn’t give a reason for Abbott’s departure. The Hallmark Channel has become known for its holiday specials, popular with both viewers and advertisers, but public attention on the same-sex ad campaign last month cast a shadow over its typically sunny programming.

The Hallmark Channel pulled 4 TV ads featuring a lesbian couple kissing after a petition by the conservative group One Million Moms https://t.co/XyPSvaZr4R

I have 20 times as many followers as One Million Moms and I demand the Hallmark Channel do a Christmas movie where King Kong marries Godzilla. pic.twitter.com/lheDdQukvp