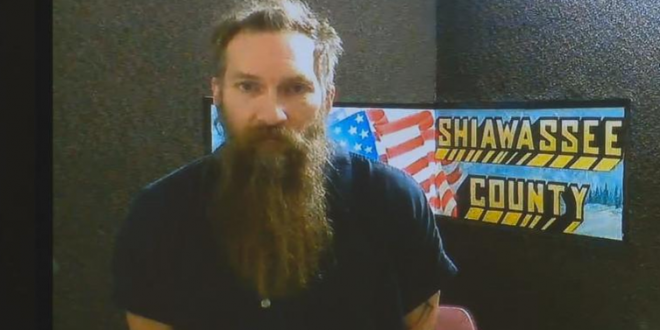 Police now are seeking other men Mark Latunski met on Grindr. They know of two. A New York man born in 1973 fled Latunski’s home, jumped a fence and called police after becoming frightened during a consensual sexual encounter on Oct. 10. Then a 29-year-old Lansing man wearing only a kilt got “spooked” during a consensual sexual encounter in which he was chained up in Latunski’s basement on Nov. 25. He fled to a neighbor’s home with Latunski in pursuit of the $300 kilt.

He once was a well-off chemist and married father of four. Now, Latunski awaits a competency evaluation and insanity defense. Latunski has a long history of mental illness, according to divorce filings by his ex-wife, Emily Latunski. The two were married in 2001, divorced in 2013 and had four children. The Tyrrell Road dwelling was their marital home.

Latunski was diagnosed in 2010 and 2012 with severe, recurrent and chronic major depression with psychotic features, adjustment disorder with depression and anxiety with paranoid schizophrenia, and borderline personality traits, according to an August 2019 motion to suspend parenting time.

Latunski was recently in a serious relationship. According to MLive, Latunski married Jamie J. Arnold in 2016 after meeting him on Grindr. Arnold told WNEM-TV that he wants people “to know the truth that I am not running, that I am in full cooperation. That I am willing to do whatever I have to do to bring justice.”

He expressed shock, telling the TV station: “When it’s somebody when you met is this kind gentle soul and they turn into this monster, you don’t want to believe it.”

Arnold told WNEM that he separated from Latunski because of his lifestyle, adding, “There were times I would come home and there was someone there. He tried to get me involved. I made dinner and went to bed. I had to get out. I couldn’t take that lifestyle anymore.”