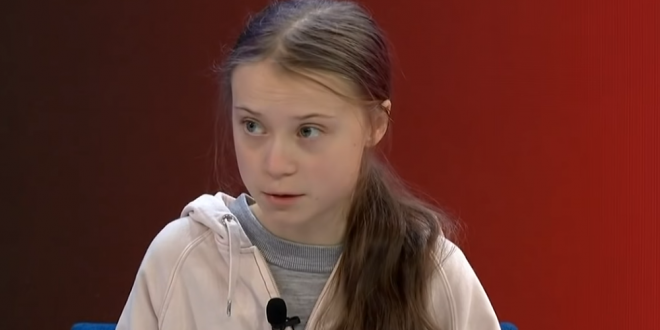 Greta Thunberg At Davos: Our House Is Still On Fire

One year ago I came to Davos and told you that our house is on fire. I said I wanted you to panic. I’ve been warned that telling people to panic about the climate crisis is a very dangerous thing to do. But don’t worry. It’s fine. Trust me, I’ve done this before and I assure you it doesn’t lead to anything.

And for the record, when we children tell you to panic we’re not telling you to go on like before.

We are not telling you to “offset your emissions” by just paying someone else to plant trees in places like Africa while at the same time forests like the Amazon are being slaughtered at an infinitely higher rate.

I wonder, what will you tell your children was the reason to fail and leave them facing the climate chaos you knowingly brought upon them? The 1.5-degree target? That it seemed so bad for the economy that we decided to resign the idea of securing future living conditions without even trying?

Our house is still on fire. Your inaction is fueling the flames by the hour. We are still telling you to panic, and to act as if you loved your children above all else.