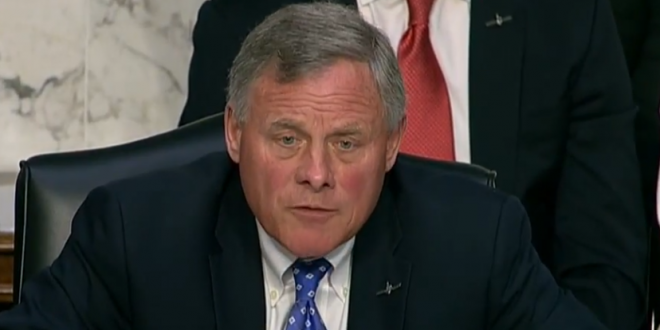 Sen. Richard M. Burr is trying to help out his antsy Senate colleagues. The North Carolina Republican is providing an assortment of fidget spinners and other gizmos to his GOP colleagues at this week’s Thursday lunch.

Senators have been restless in the hours and hours they’re spending at their desks on the Senate floor during the impeachment trial of President Donald Trump. Dozens at a time have been spotted standing behind their desks, pacing in the chamber and even doing quad and neck stretches.

Each week a different Republican senator hosts the lunch, which is always a favorite event. This week it’s Burr’s turn. The Tar Heel State Republican is hosting a “Carolina Cookout,” according to a menu obtained by CQ Roll Call.

When @RepJerryNadler played a clip of @LindseyGrahamSC from the Clinton impeachment, Graham wasn’t in the chamber- the only senator not in his or her seat at that moment.

Some other observations from the last half hour: @SenatorBurr has a fidget spinner, @RandPaul has quite the sketch of the Capitol going, and @MarshaBlackburn is reading a book.

Barely recovered from MilkGate, America is not ready for the impeachment fidget spinner news cycle

Fidget spinners are popular in the Senate chamber today. Sen. Burr has been using his blue one the whole time. Sen. Cotton has a purple one and Sen. Toomey has a white one but they haven’t picked them up yet….