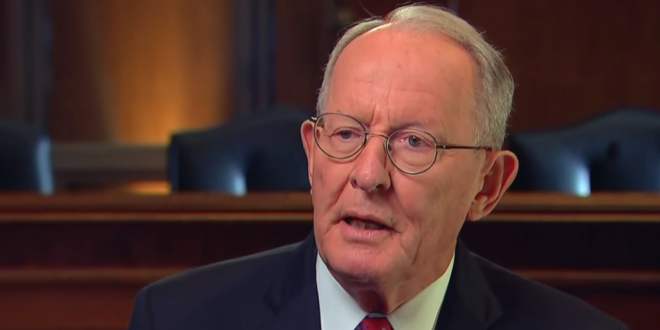 GOP Senator: Trump Did It, It Was Wrong, But So What

Republican Sen. Lamar Alexander of Tennessee will oppose calling more witnesses in President Donald Trump’s impeachment trial, all but dashing Democratic efforts to hear more testimony and boosting odds the Senate will vote imminently to acquit without new testimony, in a matter of days.

Republican Sen. Susan Collins of Maine said late Thursday she would vote to allow witnesses in the impeachment trial, building momentum for the Democrats’ effort.

But Alexander then said in a statement there was “no need for more evidence,” giving the Trump team the likelihood of a Senate vote in its direction. Collins, a centrist senator announced her decision after the Senate concluded a long question-and-answer session with the House Democrats prosecuting the charges and Trump’s lawyers defending him.

I worked with other senators to make sure that we have the right to ask for more documents and witnesses, but there is no need for more evidence to prove something that has already been proven and that does not meet the U.S. Constitution’s high bar for an impeachable offense.1/15

There is no need for more evidence to prove that the president asked Ukraine to investigate Joe Biden and his son, Hunter; he said this on television on October 3, 2019, and during his July 25, 2019, telephone call with the president of Ukraine. 2/15

There is no need for more evidence to conclude that the president withheld United States aid, at least in part, to pressure Ukraine to investigate the Bidens; the House managers have proved this with what they call a “mountain of overwhelming evidence.” 3/15

There is no need to consider further the frivolous second article of impeachment that would remove the president for asserting his constitutional prerogative to protect confidential conversations with his close advisers. 4/15

It was inappropriate for the president to ask a foreign leader to investigate his political opponent and to withhold United States aid to encourage that investigation. 5/15

What a coincidence! Susan Collins announces her support of witnesses within minutes of Lamar Alexander publicly saying he opposes them. Collins is always “bravest” when her vote doesn’t matter.

Previous Virus Update: US Warns Against All Travel To China
Next Graham Threatens To Sue UK Venue Over Cancellation