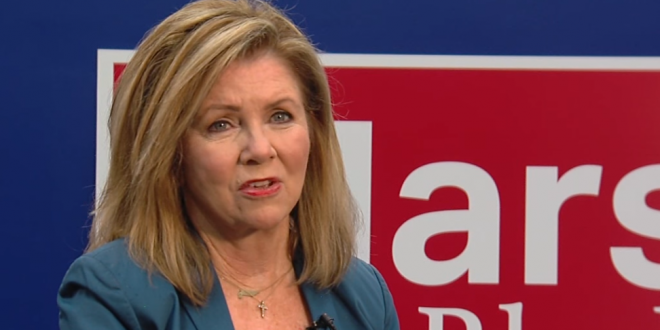 Sen. Marsha Blackburn, R-Tenn., says that the four Democratic senators running for president should recuse themselves from being jurors in President Trump’s upcoming impeachment trial in the Senate.

“One hundred United States senators will be sworn in to serve in the impeachment trial of President Donald Trump. Four of those senators must recuse themselves for their unparalleled political interest in seeing this president removed from office,” Blackburn said in a statement, speaking of Sen. Michael Bennet, Sen. Amy Klobuchar, Sen. Bernie Sanders, and Sen. Elizabeth Warren.

She added the presidential candidates shouldn’t be allowed to “sit in judgment of the very president” they want to replace. Senate Majority Leader Mitch McConnell, R-Ky., said he has no intention of being an “impartial juror.”

Any senator running for president is uniquely motivated to vote for removal of @realDonaldTrump. @SenSanders, @SenWarren, @SenAmyKlobuchar, and @SenatorBennet—will you recuse yourselves? https://t.co/rLucSzjflK