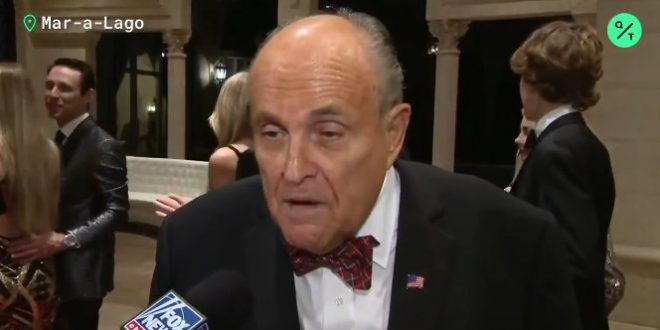 Rudy Giuliani, who serves as President Trump’s personal attorney, said Tuesday night that he would be willing to testify in a Senate impeachment trial for the president.

“I would testify,” Giuliani told reporters as he arrived at a New Year’s Eve party at Trump’s Mar-a-Lago resort in Florida.

He added that he could “do demonstrations” and that he’d “love to try the case.” Giuliani is not expected to be a part of Trump’s defense team.</blockquote

At Trump’s Mar-a-Lago #NYE2020 party, Rudy Giuliani says “I would testify” in the impeachment hearing pic.twitter.com/uO82niw86g