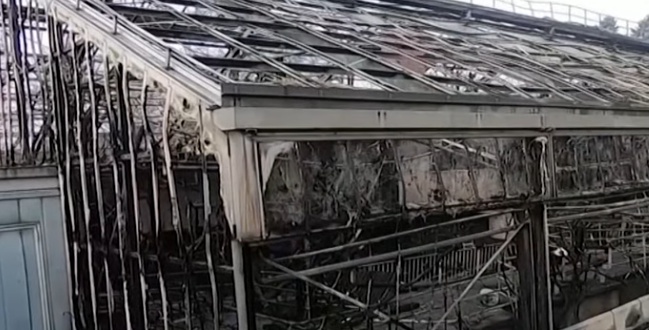 A Chinese lantern, launched by a 60-year-old mother and her two adult daughters in a New Year’s Eve celebration, caused the fire at a German zoo in which dozens of animals were killed, including eight great apes, authorities said.

Police in Krefeld, near the Dutch border, said the three women had turned themselves in on learning of the disaster, in which five orangutans, two gorillas and a chimpanzee were killed, alongside bats and birds.

The women had bought five lanterns, banned locally and in most of Germany for over a decade, on the internet, believing that they were allowed on New Year’s Eve, chief investigator Gerd Hoppmann told a somber news conference on Thursday.

Gerd Hoppmann of the Krefeld criminal police told a press conference Thursday that the suspected perpetrators reported themselves to the authorities and that it can be assumed that they are the ones that caused the zoo fire.

Hoppmann said the women ordered the sky lanterns online and did not know they were banned. He also praised the fact that they had come forward voluntarily as “very courageous.” If convicted of negligent arson, the suspects face a fine or imprisonment of up to five years.