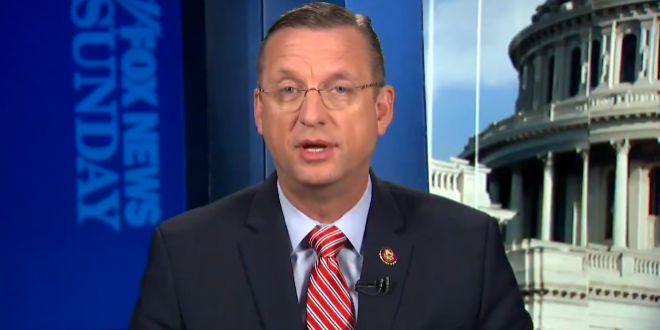 The conservative Club for Growth plans to air a massive ad campaign attacking Rep. Doug Collins (R-Ga.), adding fuel to the intraparty battle that kicked off after the GOP congressman launched a Senate campaign this week.

Collins announced Wednesday he is challenging Sen. Kelly Loeffler (R-Ga.), who was sworn in this month to replace Sen. Johnny Isakson after he resigned due to health issues.

Collins is a top ally to President Donald Trump, but his decision to run for Senate sparked significant blowback among some Republicans who expressed concern it could jeopardize their hold on the seat and cause problems elsewhere on the Senate map.