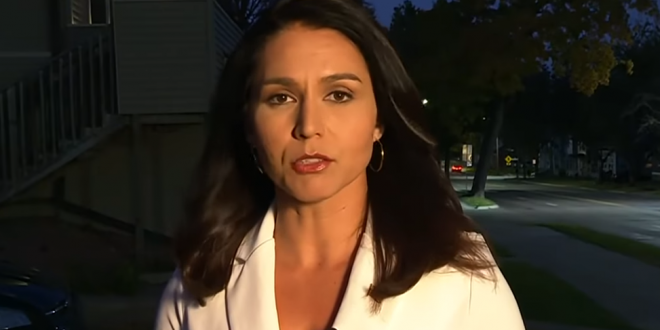 Gabbard On Lawsuit: I Won’t Let Hillary Intimidate Me

Rep. Tulsi Gabbard (D-Hawaii) said Thursday that she filed a defamation lawsuit against Hillary Clinton because the former secretary of State tried to “destroy” her reputation by suggesting that she is a “Russian asset.”

“If Hillary Clinton and her allies can successfully destroy my reputation — even though I’m a war veteran and a sitting member of Congress — then they can do it to anybody,” Gabbard, a 2020 presidential candidate, said in a statement.

“I will not allow this blatant effort to intimidate me and other patriotic Americans into silence go unchallenged.” Gabbard is claiming to have suffered damages that exceed more than $50 million. 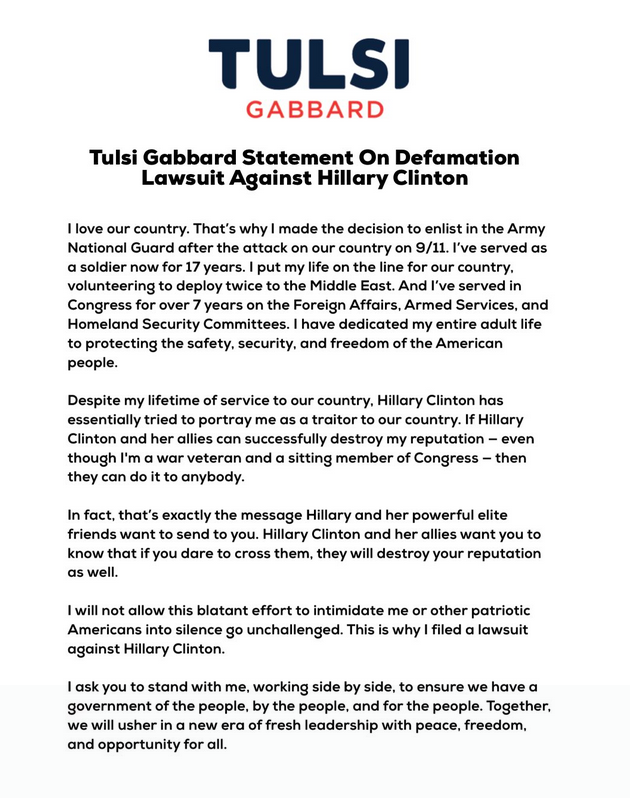