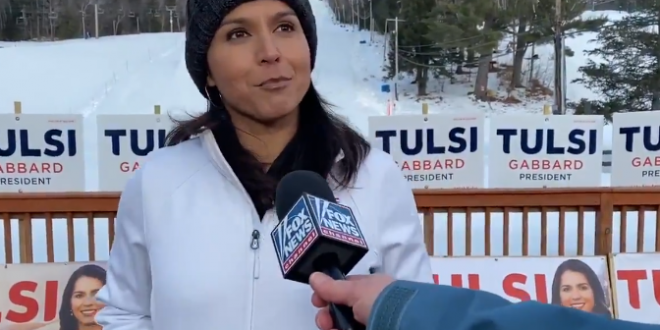 Gabbard Complains CNN Froze Her Out Of Town Halls

Democratic presidential candidate Rep. Tulsi Gabbard (D-Hawaii) says she’s received no explanation or response from CNN regarding not being invited to a series of town halls the network is hosting in New Hampshire days before a crucial primary there in February.

Asked about not being invited to the @CNN town halls next week in NH, @TulsiGabbard tells @foxnewspolitics “we received no explanation. I don’t even think we’ve gotten a response to date about why they’re excluding the first female combat veteran ever to run for president” #FITN pic.twitter.com/njxusUoXWt