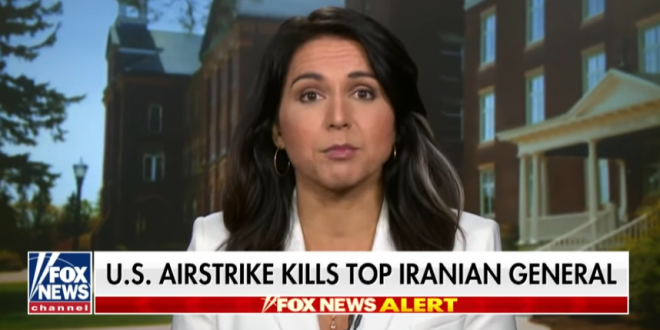 “This was very clearly an act of war by this president without any authorization or declaration of war from Congress, clearly violating the Constitution,” the 2020 Democratic presidential candidate said via satellite from New Hampshire. She warned that war with Iran would make the wars in Iraq and Afghanistan “look like a picnic.”

Previous Trump Rule Excludes Climate Issues From New Projects
Next On Day Of Lethal Airstrike On Muslim Capital, Trump Tells Evangelical Rallygoers That “God Is On Our Side”