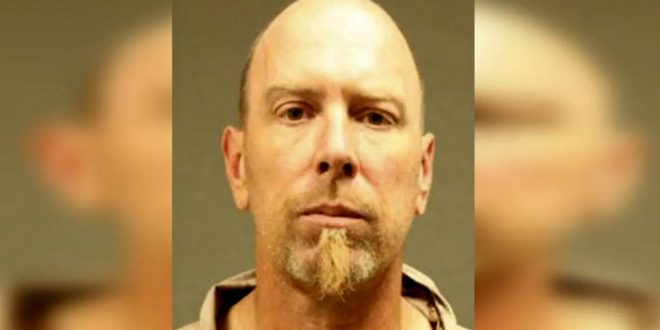 A North Texas militia member and vigilante who led armed patrols of the Texas-Mexico border and was wanted by federal authorities died of an apparent self-inflicted gunshot wound, according to law enforcement officials. Kevin Lyndel Massey’s body was discovered Dec. 23 in Van Zandt County, according to the sheriff.

Pending autopsy results will officially determine the cause of death, Sheriff Dale Corbett said. Massey, 53, went into hiding around May 2019, several months after being released from prison on probation for a federal weapons charge.

Officials had warned that his vows to wage war against the federal government made him a dangerous threat. Massey amassed a strong and loyal following on social media in which supporters praised him for taking a stand against federal authorities. They claimed he was a patriot who was being persecuted by tyrannical government authorities.

From an August 2019 report on the manhunt:

Massey calls himself a patriot, but the FBI considers him a domestic terrorist with “violent tendencies,” according to court records. He was found with 20 homemade explosive devices and other weapons a few years ago and is considered armed and dangerous, officials say. His prison writings, archived online by a supporter, as well as his Facebook posts show that he fervently embraces right-wing extremist movements, all of which deny the legitimacy of the U.S. government and any laws limiting gun ownership.

Massey, an electrician and self-described “commander” of the Rusty’s Rangers militia, was sentenced to 41 months in federal prison in 2016 for possession of a firearm by a felon, according to court records. Prosecutors say Massey, dressed in military fatigues, conducted armed patrols with others on the South Texas border in 2014 to search for immigrants attempting to cross into the U.S.