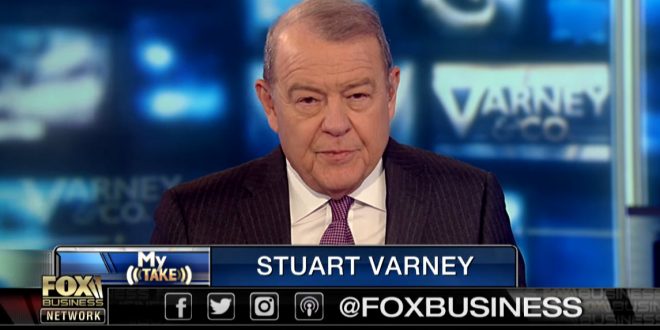 President Donald Trump ordered the assassination of a top Iranian general and could lead the U.S. into another misguided conflict abroad. Here’s how you can profit!

That seemed to be the overarching theme of Stuart Varney’s Fox Business Network program last Friday morning following the news that Iranian Gen. Qassem Soleimani was killed by a U.S. drone strike in Iraq.

Over the span of his three-hour morning show, the Fox host repeatedly basked in the explosive glow of the precision drone strike’s boost to Raytheon, Northrop Grumman, and Lockheed Martin stocks.