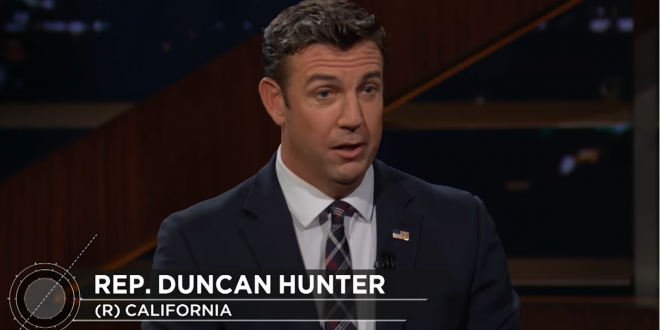 U.S. Rep. Duncan Hunter of California is staying silent on when he will resign after he pleaded guilty to using campaign money for personal expenses, drawing the ire of a fellow Republican who wants to replace him.

The six-term congressman said last month that he would step down “shortly after the holidays” but has not been more specific. Hunter spokesman Mike Harrison said Friday that he didn’t have a date and referred to Hunter’s earlier comments.

Members of Congress are paid monthly, on the first day of the month. By waiting until after Jan. 1, Hunter apparently pockets another month of his $174,000 annual salary. Prosecutors have said Hunter and his wife were in financial disarray.