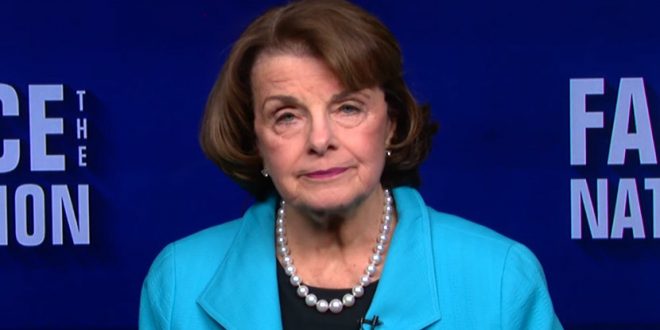 Just after President Trump’s defense lawyers ended arguments in their Senate trial Tuesday, Sen. Dianne Feinstein of California became the first Democrat to suggest that she could vote to acquit him despite serious concerns about his character.

Still, she indicated that arguments in the trial had left her undecided. “What changed my opinion as this went on,” she said, is a realization that “impeachment isn’t about one offense. It’s really about the character and ability and physical and mental fitness of the individual to serve the people, not themselves.”

The LA Times misunderstood what I said today. Before the trial I said I’d keep an open mind. Now that both sides made their cases, it’s clear the president’s actions were wrong. He withheld vital foreign assistance for personal political gain. That can’t be allowed to stand.

I think the @latimes has this story backwards. I was the reporter who asked @SenFeinstein these questions. She told me she was initially going to vote against impeachment “before this”

But when I asked her to clarify, she said she’s changed her opinion https://t.co/sJeYl2VkNl