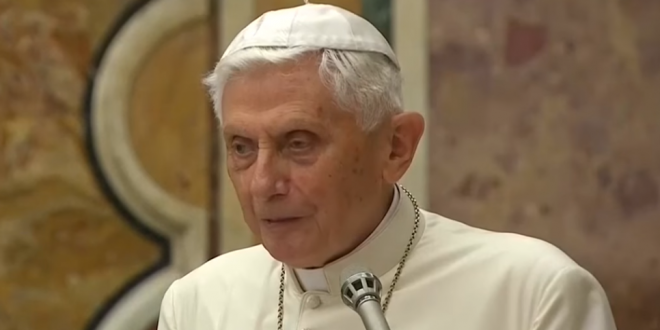 Retired former pope Benedict XVI sought to calm a dispute within the Vatican on Tuesday, claiming his name was erroneously attributed as co-author to a new book with a conservative cardinal.

Publication of extracts from the book, “The Depth of our Hearts,” by French newspaper Le Figaro on Sunday set off a storm within the Vatican, with some questioning why the 92-year-old Benedict would come out of retirement to co-author a book with ultra-conservative Cardinal Robert Sarah.

In the book, which will hit bookshelves in France on Wednesday, Benedict is quoted as saying he “cannot keep silent” about the divisive issue of whether or not to allow married men to become Catholic priests — and coming down firmly against it.

Cardinal Sarah is standing by the book and has tweeted images of a letter from Benedict.

Previous House To Vote Tomorrow On Sending Articles To Senate
Next Booker: No Endorsement Yet, VP Slot Not Off The Table