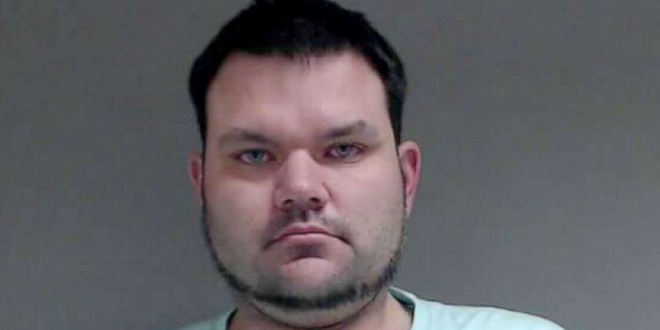 And he very nearly made it.

A 37-year-old Naples, Fla. man was arrested Sunday after allegedly lying about being an active Marine Corps member to gain access to Palm Beach International Airport prior to President Donald Trump departure, a report said.

Brandon Mark Magnan, who was dishonorably discharged from the U.S. Marine Corps and required to register as a sex offender, was arrested after federal officials said he lied to get past presidential security checkpoints at the airport about an hour before Trump’s flight departed.

Magnan allegedly passed two security checkpoints, typically manned by U.S. Secret Service and Palm Beach County Sheriff’s deputies. He drove through the checkpoints with an unnamed male passenger, according to a complaint filed in federal court.

Magnan identified himself as a member of the Marine Corps helicopter squadron, presenting deputies with credentials with Marine Corps seals, the complaint said.

After gaining access to the grounds at Atlantic Aviation, another sheriff’s deputy asked to see Magnan’s credentials and recognized he wasn’t wearing a Marine Corps uniform, which is typical attire for presidential travel, according to court records.

The deputy contacted a member of the helicopter squadron, who said Magnan’s credentials were fake “based on numerous factors.”

Charged with “false personation of an officer or employee of the United States,” Magnan faces up to three years in prison and a fine of $250,000. He was bonded out of jail on Monday. According to a 2011 court opinion, Magnan held parties at his off-base residence and provided alcohol to underage individuals.

During a military court trial, three lance corporals testified that after falling asleep at Magnan’s house or at a hotel room after the Marine Corps Ball, they woke up to either find their pants had been removed or Magnan was sexually assaulting them, according to the opinion.

The man identified as Brandon Mark Magnan approached a gate at the entrance near Southern Boulevard and said he was security for Marine One: https://t.co/4krmURgQx1

A former Marine who was dishonorably discharged and was required to register as a sex offender was arrested after breaching @realdonaldtrump‘s security. https://t.co/5qJlE2yeMx