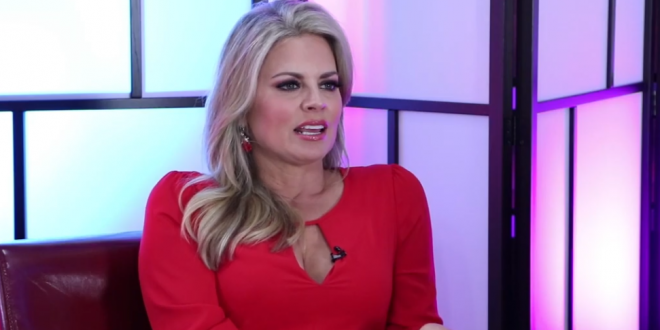 Former Fox News reporter Courtney Friel says Donald Trump called her with a creepy come-on before he became president — while they were both married.

Friel, who sometimes worked as a fill-in host on Trump’s beloved “Fox & Friends,” details the alleged proposition in her upcoming memoir, “Tonight At 10: Kicking Booze and Breaking News,” due out Tuesday.

She says Trump told her she was “the hottest one at Fox News” and called her office line a few weeks after she mentioned an interest in working as a judge on his Miss USA beauty pageant. “Then, out of nowhere, he said: ‘You should come up to my office sometime, so we can kiss,’” Friel claimed.

Friel says she reminded Trump that they are both married and quickly ended the call. Hit the link for more.