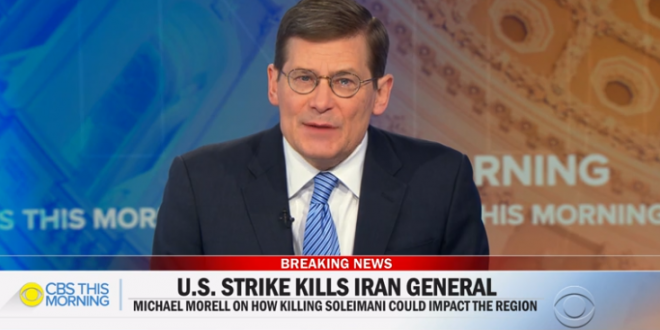 Ex-CIA Chief: US Strike Will Result In “Dead Americans”

“Soleimani was an evil genius, he had a lot of American blood on his hands,” Morell said. “The world is a better place without him.”

“The problem is that comes at a very high cost. Number one, there will be dead Americans, dead civilian Americans, as a result of this. Possibly over the next few days in any place where Iran has its proxies, Iraq is the most likely place, but also Lebanon, Bahrain, other places in the Middle East.”