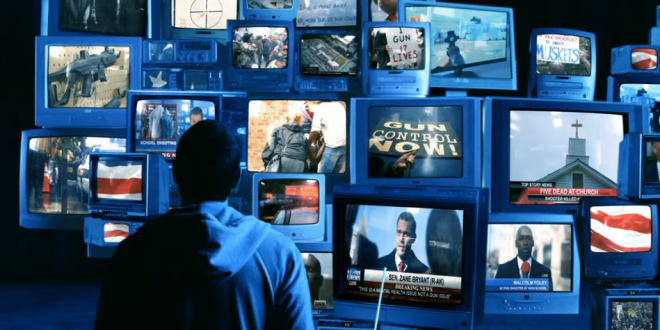 Rapper Eminem once again dropped a surprise album, releasing “Music to Be Murdered By” on Friday — along with a video that calls for changes to gun laws. The follow-up to 2018′s “Kamikaze” — also released without warning — was announced on Twitter just after midnight.

The Detroit rapper’s new music video for “Darkness,” one of the album’s 20 tracks, depicts a shooting at a concert.

The lyrics and storyline of the video specifically allude to the 2017 mass shooting at a music festival in Las Vegas that left 58 people dead, making it the deadliest mass shooting in modern U.S. history. It closes with audio and video footage of news broadcasts from other recent mass shooting around the U.S. and an appeal to register to vote.

I’ve not been a fan of Eminem but this video is worth watching in its entirety.