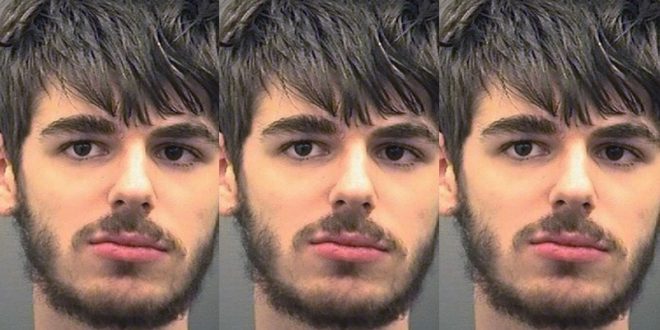 The U.S. Justice Department has charged a former Virginia college student with calling in fake emergencies to prompt law enforcement responses, in coordination with a group the FBI labelled as sympathetic to neo-Nazi ideology.

John William Kirby Kelley, 19, was charged last week with conspiracy to make threats. He’s accused of being part of a network that “shared racist views” and had a “particular disdain for African Americans and Jewish people,” targeting such individuals in so-called swatting attacks coordinated in online chatrooms, according to an FBI affidavit unsealed Friday. Swatting is a practice in which fake emergencies are called in to authorities to draw a large law enforcement response.

The affidavit also said the group maintained a list of victims on a site called Doxbin, which hosts the personal information of journalists, government officials and company executives, news outlets reported.

One victim on the list, according to independent journalist Brian Krebs, was Pulitzer Prize-winning newspaper columnist Leonard G. Pitts Jr. He was ordered out of his home and handcuffed by police after the false report made in June. Another was a Facebook executive.

Along with more prominent targets, the group is also accused of swatting a vape shop in a small town in Pennsylvania in 2018, leading to a “shelter in place” order for the whole community. Altogether, 134 law enforcement agencies got calls from the group, according to the affidavit, including some in Canada and the United Kingdom.