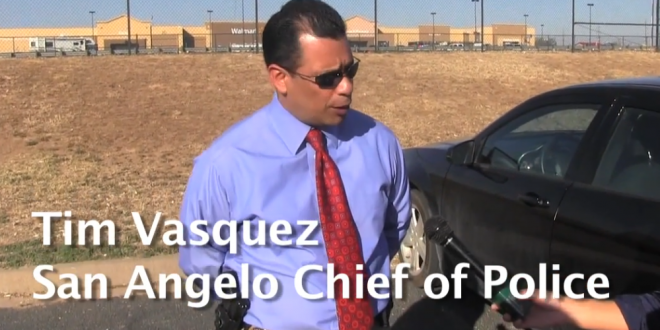 San Angelo’s former longtime police chief has been indicted on bribery and fraud counts accusing him of taking $134,000 in bribes to help a radio communications vendor obtain $11 million in city contracts. Timothy Ray Vasquez made an initial court appearance in federal court in San Angelo.

He had served as police chief from 2004 until 2016, when he was already under investigation and lost his re-election bid to present chief Frank Carter. If convicted, Vasquez could be sentenced to as many as 70 years in federal prison.

According to the indictment, Mr. Vasquez allegedly used his official position to help a radio system vendor land two government contracts worth more than $11 million. In return, the vendor and its affiliates allegedly funneled him and his band, “Funky Munky,” more than $130,000.

Per the indictment, in February 2007, the City of San Angelo solicited bids for a new radio system for first responders, including the police department. Three vendors submitted bids.

Mr. Vasquez allegedly asked one of the vendors for a vacation trip, but was rebuffed. In April, Mr. Vasquez recommended the city award the $5.6 million contract to a different vendor, identified in the indictment as “Vendor 1,” who was eventually selected for the contract.