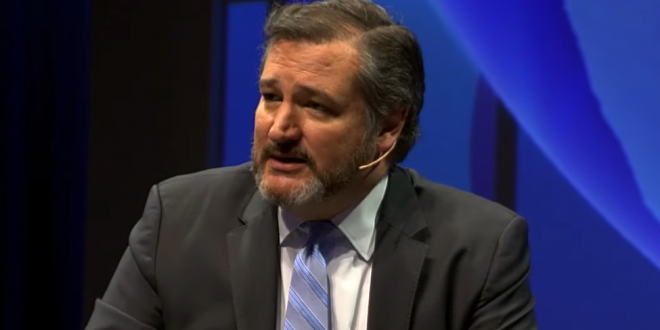 Senator Ted Cruz took a page from President Donald Trump’s “the best defense is a good offense” playbook in a Friday tweet that took a shot at CNN Capitol Hill reporter Manu Raju, and also, quite curiously, played the victim card against one of the more respected reporters inside the beltway.

While covering the ongoing impeachment trial of President Trump, Raju caught up with Senator Cruz to ask if he defended Trump’s controversial conduct with Ukraine, which the Texas Senator promptly blew off in lieu of taking a question from NY Times reporter Nicholas Fandos.

Tried to ask Ted Cruz if he defends Trump conduct on Ukraine, and if Trump call with Zelensky was “perfect.” He said: “You asked a question last night let me let someone else ask a question.” Then @npfandos asked the same question, he ignored it. He took one other q, then split

Manu, in your pissing fight w/ @MarthaMcSally EVERY GOP Senator agreed you were the MOST partisan/unfair Cap Hill reporter. Rather than address problem, CNN top brass “released the hounds” on McSally. Your Qs aren’t hard, but when you’re obnoxious, we answer other reporters’ Qs. https://t.co/5v6ID0NRJh

Respectfully, @tedcruz that’s absurd. If anything it is unelected Senator @MarthaMcSally’s “pissing fight” since she started it by having a staffer video her performatively insulting @mkraju so she could fundraise off @realDonaldTrump praising her for attacking a @CNN reporter. https://t.co/rp5doc8X0L

Previous Glorious Leader Posts “Obama Spied On Me” Meme
Next Ivanka At Davos: “I Gave Up My Life For Washington”