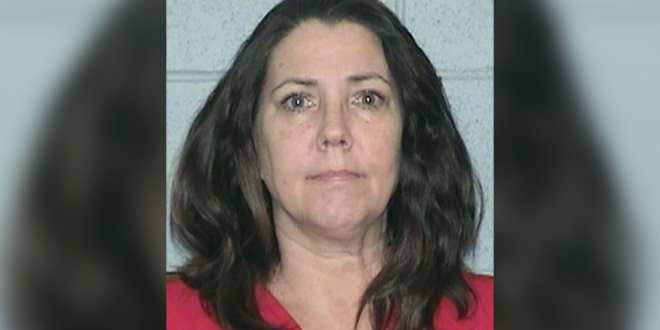 A Parker woman is accused of planning a raid to kidnap her child with help from a far-right conspiracy group, according to an affidavit filed by the Parker Police Department. Cynthia Abcug , 50, who does not have custody of her child, is accused of plotting the raid to take the child back with help from QAnon, a conspiracy group that believes an anonymous government official called “Q” is revealing secret information about deep state efforts against President Donald Trump.

The FBI in May classified QAnon extremists as a domestic terrorism threat, according to the affidavit. Abcug was arrested Dec. 30 in Montana on suspicion of conspiracy to commit kidnapping, according to the affidavit. The warrant for her arrest was issued in September, after her daughter warned authorities about her mother’s behavior and Abcug’s plan to kidnap her other child.

As she struggled with the separation, the 50-year-old woman was increasingly consumed by the far-right conspiracy theory QAnon, according to police records. She made frequent appearances on fringe YouTube shows, claiming in one September video that child protective services “has child trafficking rings in certain areas.”

She stopped going to therapy and started leaving her Denver-area home only to meet with QAnon followers; one of them, an armed man, stayed with her for “self-defense.” She spoke of “evil Satan worshipers” and pedophiles, according to what her daughter told police.