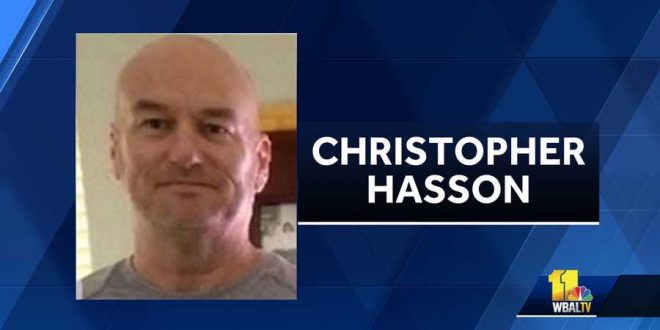 U.S. Coast Guard officer accused of stockpiling weapons and compiling a hit list of government and media figures was sentenced Friday to 13 years in prison. Federal prosecutors said Lt. Christopher Hasson was inspired by racist murder cases and “intended to exact retribution on minorities and those he considered traitors.” If not for the actions of law enforcement, said U.S. Attorney Robert Hur, “we now would be counting bodies of the defendant’s victims instead of years of the defendant’s prison time.”

When Hasson was arrested nearly a year ago, investigators found documents at his apartment in which he described himself as being a white nationalist for more than 30 years. The FBI said he drafted a letter to a neo-Nazi leader, advocating “focused violence” to establish a white homeland. Investigators said he was a follower of Anders Behring Breivik, the far-right terrorist who killed 77 people in two coordinated attacks in Norway in 2011.

Hasson’s attorneys urged the judge to “strip away all of the speculation and rhetoric” and sentence Hasson “proportionately” for the crimes to which he pleaded guilty. “The government’s unproven claims about his private thoughts and beliefs and its conjecture about his plans and motives have no place in the sentencing courtroom and should have no bearing on the outcome,” they wrote.

The FBI said it found six handguns, seven rifles, two shotguns and more than 1,000 rounds of ammunition in Hasson’s basement apartment. He also had 30 vials of a human growth hormone and five vials of testosterone, among other steroids. In recent years, authorities said, he had purchased thousands of opioid Tramadol pills on the Internet.

“There is no question the defendant intended to turn his thoughts into action,” Windom said of Hasson, who came under investigation after software used by the Coast Guard to identify internal threats flagged suspicious activity on his work computer.

Previous Senate Vote On Acquittal Likely To Be On Wednesday
Next CHATTER AWAY: Overnight Open Thread