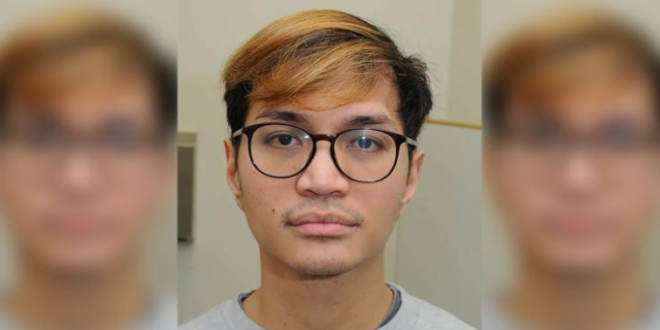 An Indonesian man described as “the most prolific rapist in British legal history” has been sentenced to life in prison with a possible release after 30 years following his conviction for sexual offences against 48 men.

Authorities said the evidence against Reynhard Sinaga, 36, indicates he had many more victims, with roughly 195 men apparently having been filmed while being abused when they were in his flat. Many were unconscious at the time.

Sinaga arrived in Britain from his native Indonesia on a student visa in 2007. He received two degrees in sociology and planning from the University of Manchester, and was studying for his PhD at the University of Leeds when he was suspended following his arrest in 2017.

He was proved to have committed 159 offences, including 136 rapes, which he filmed on two mobile phones. Police have yet to identify at least 70 of his victims.

On Monday, Sinaga was sentenced to life in prison with a minimum term of 30 years, bringing a two-year media blackout to an end at the conclusion of his fourth trial.

Sinaga is already serving 88 concurrent life sentences with a minimum of 20 years before he can be considered for parole following his first two trials, which related to 25 victims and were heard between 2018 and last year.

Sinaga, 36, approached men in the early hours of the morning outside nightclubs in Manchester, offering them somewhere to sleep or more alcohol at his home. Once there he would drug them, then film himself raping them while they slept.

Sinaga’s attacks only came to light in 2017, when a victim woke up and fought him off before going to the police. Police believed he had been carrying out similar attacks for 12 years by that point.

“Sinaga’s unthreatening demeanour duped these young men — many of whom thanked him for his kindness in offering them a place to stay — into thinking this monster was a Good Samaritan,” Ian Rushton, North West Deputy Chief Crown Prosecutor, said.

The case is only now getting widespread media attention due to Britain’s strict media blackout rules on such trials.

Previous Conway Blasts Trial Delay: Is Trump A Threat Or Not?
Next Chief Of Staff To Defense Sec To Step Down Next Month