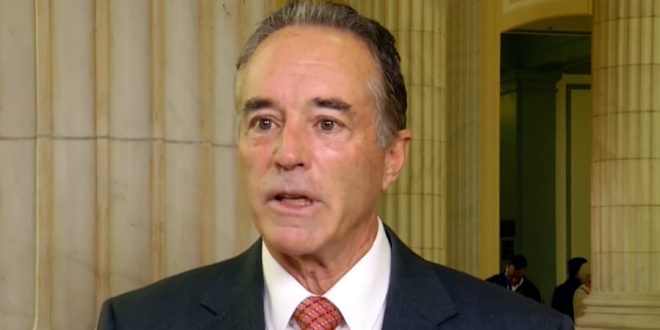 A judge Friday sentenced former Rep. Chris Collins to 26 months in federal prison for igniting an insider trading scheme that also prompted his son, Cameron, and his son’s future father-in-law to break the law. The sentence was handed down by U.S. District Court Judge Vernon S. Broderick, according to a journalist tweeting from the courtroom, Matthew Russell Lee of Inner City Press.

“I violated my core values,” Collins said after breaking into sobs in court, according to Inner City Press. “I am standing here, probably the last time I will do anything in public. I left Buffalo. I cannot face my constituents.” The sentence marked the end of a stunning downfall for Collins, the first federal lawmaker to endorse Donald Trump for president in 2016 and then a frequent defender of the president.