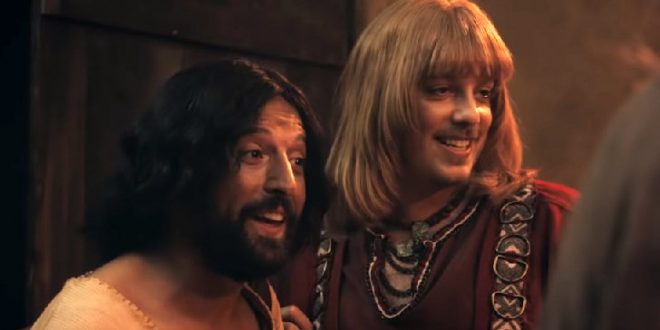 Brazil has requested that the international police organization Interpol help find and detain a man suspected of attacking the office of producers of a controversial Netflix movie that portrayed Jesus as gay, authorities said.

An arrest warrant was issued in Brazil for the suspect authorities say threw fire bombs into the headquarters of Brazilian comedy group Porta dos Fundos in Rio de Janeiro on Dec. 24. The offices were closed, and no one was injured.

The suspect has fled to Russia, where he has spoken publicly and took credit for the attack. Brazil and Russia have had an extradition agreement since 2002.

The suspect has said that he may request political asylum. Yesterday a Brazilian judge ordered Netflix to pull the film, but that order was overturned hours later by the country’s top court.