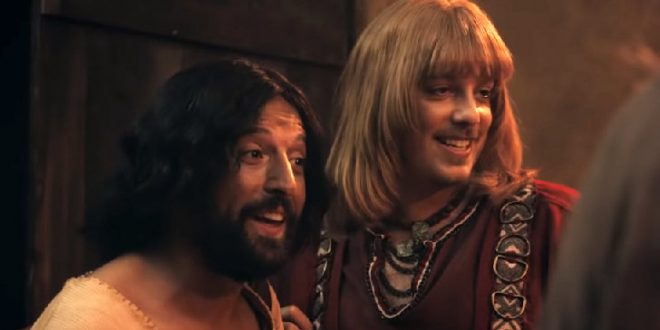 Police in Rio de Janeiro have identified one of the people responsible for a gasoline bomb attack targeting satirists behind a Christmas program on Netflix that some critics have described as blasphemous.

Officers carried out a search warrant Tuesday morning and found money, a fake firearm, ammunition, a “political-philosophical” shirt and computers, police said in a written statement. Police also had a warrant for the suspect’s arrest, but he remains at large.

The comedy group’s short film, “The First Temptation of Christ,” depicts Jesus returning home on his 30th birthday and insinuates he is gay.

Previous Iran Taunts Trump: “You Cannot Do A Damn Thing”
Next Johnson Promises Britain “A Decade Of Prosperity”