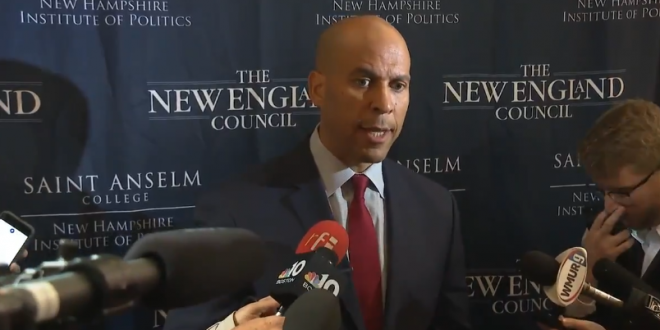 Booker: No Endorsement Yet, VP Slot Not Off The Table

Sen. Cory Booker says he is not making any immediate endorsement for president now that he has dropped out of the race for the Democratic nomination and will focus on his Senate reelection. Booker told “CBS This Morning” on Tuesday, a day after, that he eventually might endorse someone in before the party’s nominating convention this summer, saying he “definitely will consider it, 100%.”

Booker lauded the “goodness and decency” of the field of Democratic candidates and their “camaraderie” when they gathered for debates but said he’d had “no conversations” with any of them about being a possible vice presidential candidate. “I’m not taking anything off the table,” he said “but my focus really is New Jersey and my state and being, with my senior Sen. Bob Menendez, the best dynamic duo America has in the Senate.”

Sen. @CoryBooker claims he has had no conversations about being a potential Vice Presidential candidate, but says he’s “not taking anything off the table.” https://t.co/DNRPWa8RS2 pic.twitter.com/D3bcpTyEGI