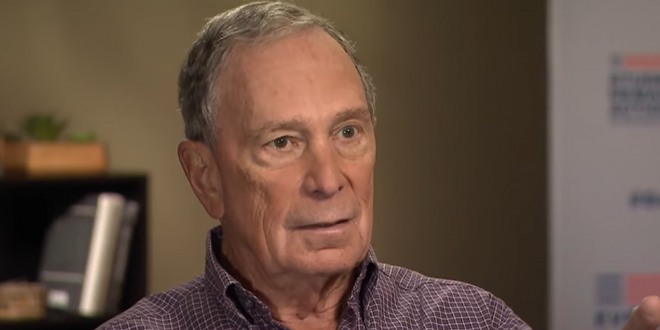 Bloomberg Under Fire For Shrugging Off Debates

Mike Bloomberg is starting to take heat from Democratic rivals for running an imperial campaign: Using his personal fortune to finance an infinite stream of TV ads while refusing to engage his opponents and defend his record on a live debate stage. To that he says: Too bad.

At a campaign stop here, the former New York mayor said he has no intention of trying to qualify for upcoming debates — even though he almost certainly could participate if he wanted to. It was his most definitive statement to date on a stance that has rankled his opponents, who chafe at his limitless war chest and feel he should have to endure the rigors of campaigning they do.

Bloomberg insisted he’d like to debate if the rules allowed. But the billionaire, a latecomer to the Democratic primary, reasoned it is inappropriate for someone of his wealth to ask supporters for cash.

DNC debate rules demand a certain level of individual donations in order to qualify for the stage. Bloomberg is self-funded.