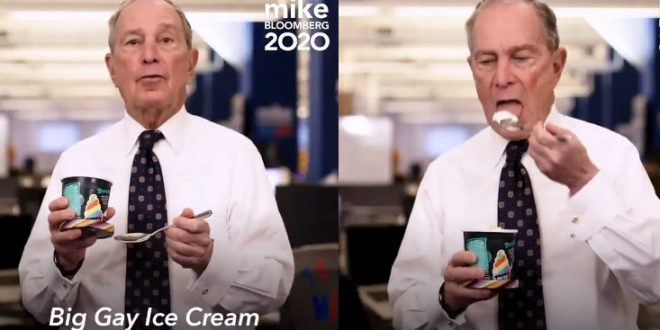 Michael Bloomberg’s 2020 campaign released a 10-second ad in which the former New York City mayor declared, “Big Gay Ice Cream is the best!” “Where’s my ice cream? Ah, thank you,” Bloomberg said in the ad, which was shared on Twitter Tuesday night.

After a staffer handed him a carton of ice cream, the 2020 Democrat said, “Mmmh, Big Gay Ice Cream is the best!” Bloomberg’s social media team has a history of attempting to use humor to rally voters.

I will try your earth food https://t.co/oiXQqwNkwL