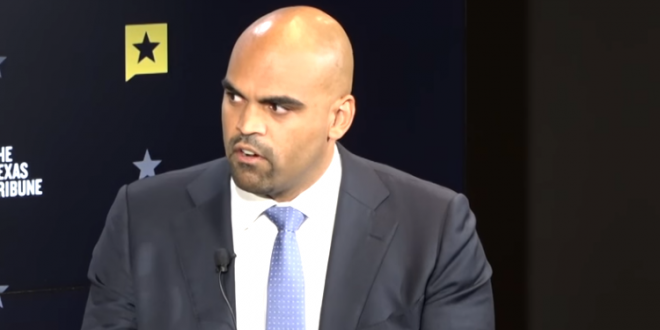 Freshman Rep. Colin Allred endorsed Joe Biden on Monday, giving the former vice president his tenth endorsement from a black member of Congress and his fifth from Texas’ congressional delegation.

“I do think he has the best chance to win in November. I also think he’s the right person for the time,” Allred, a Democrat, told POLITICO in a phone interview.

“I don’t think there’s anyone better than Joe Biden, who has been through so much in his personal life, who has such a long record of service, of trying to bring people together, to take over at this time. This is not a normal time in American politics. We need someone like Joe Biden right now.”

Such endorsements are news in this election cycle in part because of claims by the Sanders campaign that Biden has “let down” black Americans.