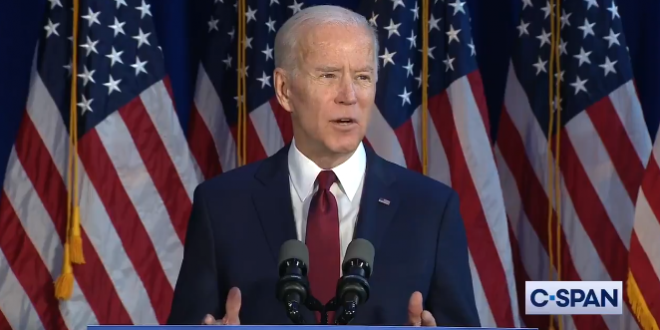 “President Trump has no strategy here, no endgame,” Biden said in a terse speech delivered in New York. “His constant mistakes and poor decision-making have left the United States with a limited slate of options moving forward. And most of those options are bad.”

“There is a smart way to counter Iran and a self-defeating way,” Biden said. “And Trump’s approach is, in my view, demonstrably the latter. We are alone,” Biden said. “At this most dangerous time when we should be rallying our allies, President Trump’s ‘America First’ dogmatism has come home to roost.”