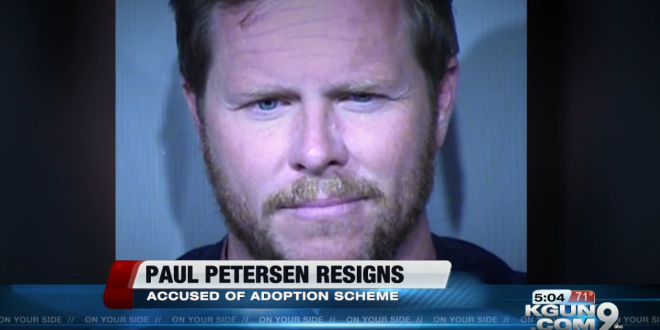 An elected official in metro Phoenix resigned Tuesday, months after being charged with running a human smuggling operation that paid pregnant women from the Marshall Islands to give up their babies in the US. The resignation of Maricopa County Assessor Paul Petersen came after leaders in the one of the nation’s most populous counties suspended and pressured him to resign after his arrest nearly three months ago.

He is accused of illegally paying women from the Pacific island nation to come to the United States to give up their babies in at least 70 adoption cases in Arizona, Utah and Arkansas over three years. He is charged with human smuggling in Utah and Arkansas and defrauding Arizona’s Medicaid system by $800,000 by submitting false applications for the women to receive state-funded health coverage.

There’s a lot more to this case.