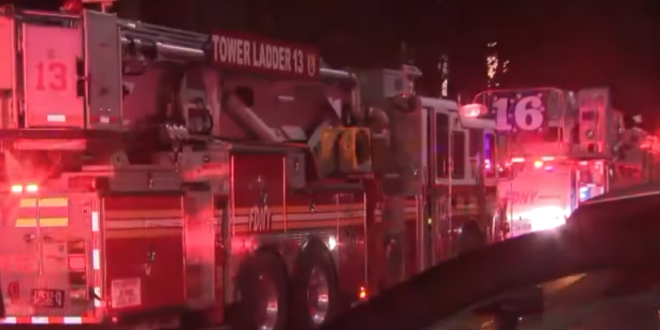 A fire tore through an apartment building on the Upper East Side early Tuesday, injuring 26 people, including a 1-week-old baby and four firefighters, officials and reports said.  The fire erupted in a kitchen on the 24th floor of the 41-story building at 515 E. 72nd St. just before 2 a.m., officials said.

The residents of the apartment tried to flee but passed out, leaving the front door open and allowing the flames and thick smoke to spread throughout the building. Of the 22 civilians who were injured, 18 were taken to area hospitals. Two were in critical condition.

This morning’s fire in the upper East Side could have been prevented if the occupants of the fire apartment remembered these three words https://t.co/H4HrOEY8yv https://t.co/vha6wj5uv6