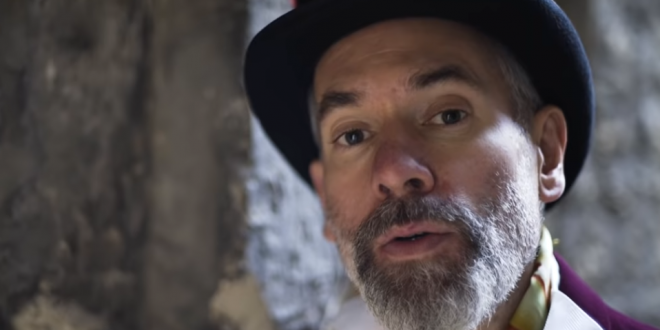 A Brexit battle has unfolded on Britain’s pop charts:

Comedian Dominic Frisby is in a singles chart race as the UK prepares to leave the European Union. On the eve of the UK’s multiple-times-delayed exit from the bloc, he is currently sitting at both number 2 and number 3 in download singles charts with different versions of the same song, 17 Million Fuck-Offs.

However, his comic ditty is currently being outsold by an André Rieu recording of Beethoven’s classical masterpiece commonly known as Ode To Joy, which has been adopted as the official anthem of the EU.

Frisby, who will perform at a Brexit celebratory event in Parliament Square, Westminster, as withdrawal hour approaches, says: “It’s me, an ordinary bloke who wrote a tune with his mate one day, up against a subsidised German colossus. Not a bad metaphor for Brexit.

Let’s get #17million to No. 1. It can happen if enough people buy the single.

‘17 Million Fuck Offs’ is my song about the British people’s defiance in the face of the ever- more OTT threats from the establishment. We saw the BS for what it was and gave it the two fingers.

Help me get it to No1 for Brexit Day, says @DominicFrisbyhttps://t.co/W3Mq0DNXxu

Let’s make sure the EU anthem is No. 1 on January 31st. Buy and download now! Andre Rieu with the Johann Strauss Orchestra is the version you want:

If you really, really, really want to annoy Leavers in 2020, adopt the Remainers’ anthem “Ode to joy” as your mobile’s ringtone. #ToryBrexit

It’s very close to Number 1 in the downloads chart https://t.co/HwMsCT7f1F