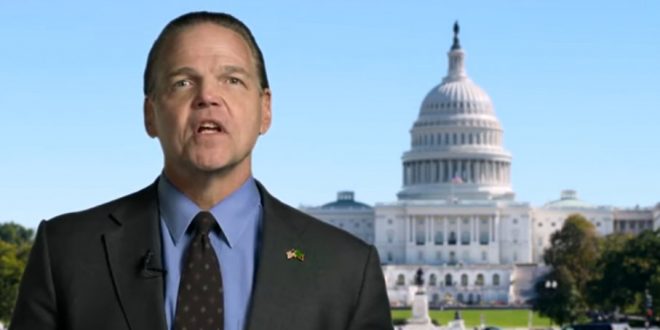 The U.S. has decided to withdraw its ambassador to Zambia, after the president of the southern African nation said he didn’t want him there for criticizing the jailing of two men for having a consensual relationship, according to two people familiar with the matter.

The State Department is “dismayed” with Zambia for having effectively declared Foote a persona non grata, it said in an emailed statement. The U.S. government strongly opposes abuses against sexual minorities, it said, without confirming Foote’s withdrawal.

Zambia denounced Foote after he said he was “horrified” at the news that two allegedly gay men had been sentenced to 15 years in prison for consensual sex.

Unlike many current US diplomats, Foote has spent his entire career with the State Department and has been posted to numerous countries.

The State Department has not said when or even if Zambia will get a replacement for Foote.

RELATED: Zambia not only criminalizes homosexuality, it is illegal there to advocate for LGBT rights. According to its Wikipedia entry, Zambia was targeted by “fundamentalist missionaries” more than any other African nation during its colonial period.