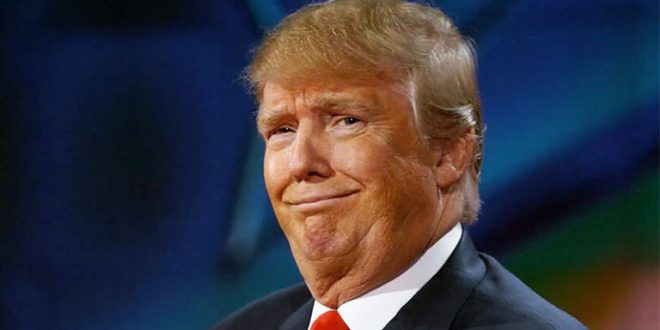 Yet Another Example Of Trump’s Bizarre Mental State

Touting his accomplishments during a second Hanukkah reception at the White House on Wednesday, President Trump recalled a conversation he said he had with real estate developer Charles Kushner.

“I said, ‘Charlie, let me ask you what’s bigger for the Jewish people: Giving the embassy to Jerusalem, it becomes the capital of Israel. What’s bigger? That or the Golan Heights?’

“He said, ‘Neither.’ I said, ‘What does that mean?’ He said the biggest thing of all is what you did by ending the Iran nuclear catastrophe,” Trump said to applause from the audience. “I think that’s true.”

Trump has attributed the same conversation to New England Patriots owner Robert Kraft, to GOP megadonor and casino owner Sheldon Adelson, and to unspecified “people.” There’s a video compilation at the link.

Trump has told a story about a Jewish friend four times and each time he’s changed the name of the friend.

The last two times — when he attributed it to Patriots owner Bob Kraft and developer Charles Kushner — happened on the *same* day.