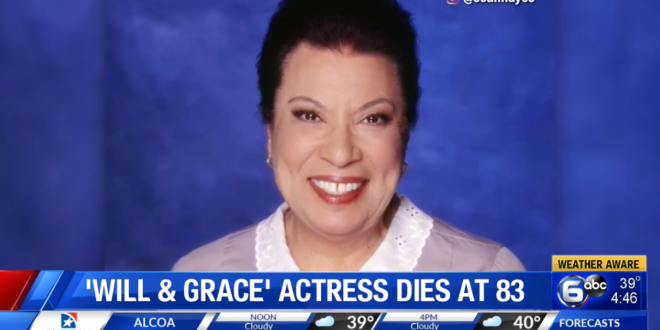 Shelley Morrison, a beloved character actor known for memorable roles on two classic TV sitcoms, “The Flying Nun” and “Will & Grace,” died Sunday at 83 after a brief illness, her husband confirmed.

Morrison died at Cedars Sinai Medical Center from heart failure, the filmmaker Walter Dominguez, her husband of many years, with whom she adopted three sons and three daughters, said in a statement.

Morrison, the daughter of Spanish immigrants to New York City who primarily spoke Spanish as a child, came to national fame as the English language-mangling Puerto Rican nun Sister Sixto on “The Flying Nun” from 1967 to 1970.

just got a bulletin on my phone that shelley morrison has passed. my heart is heavy. putting shelley, her beloved husband walter & their children in the light. thank you for your friendship & partnership, shell. you accomplished wonderful things in this world. you will be missed. pic.twitter.com/WeLGrWlRye

Tags obituary television Will And Grace